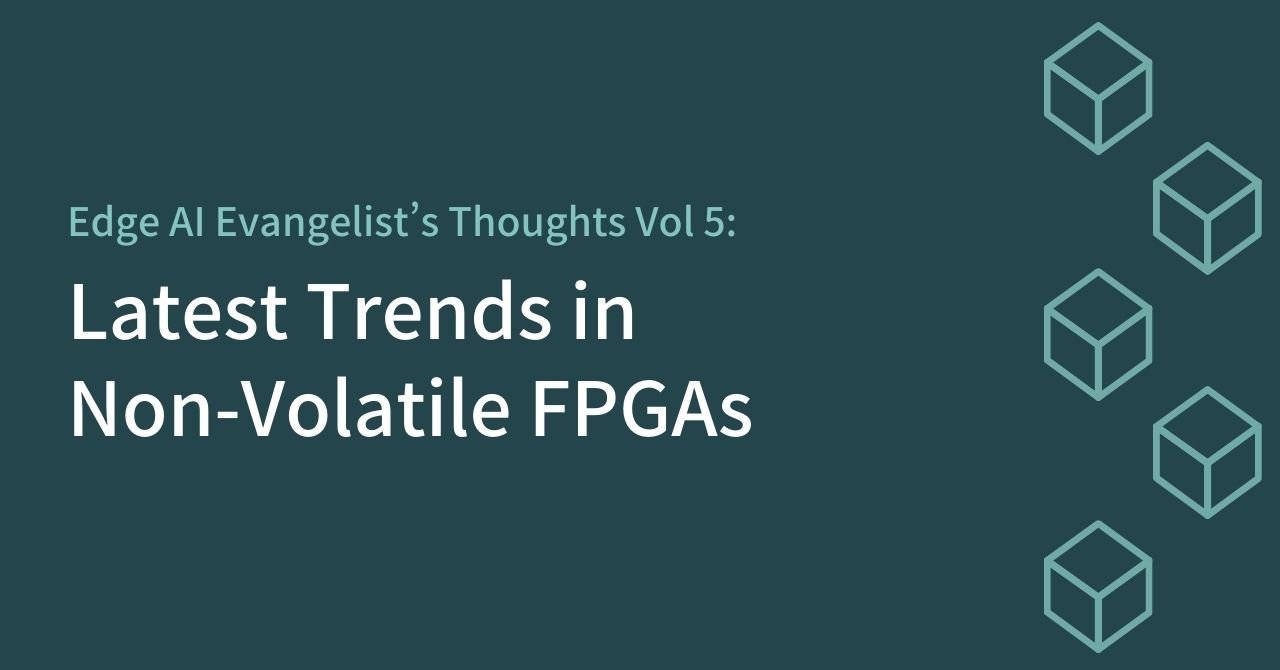 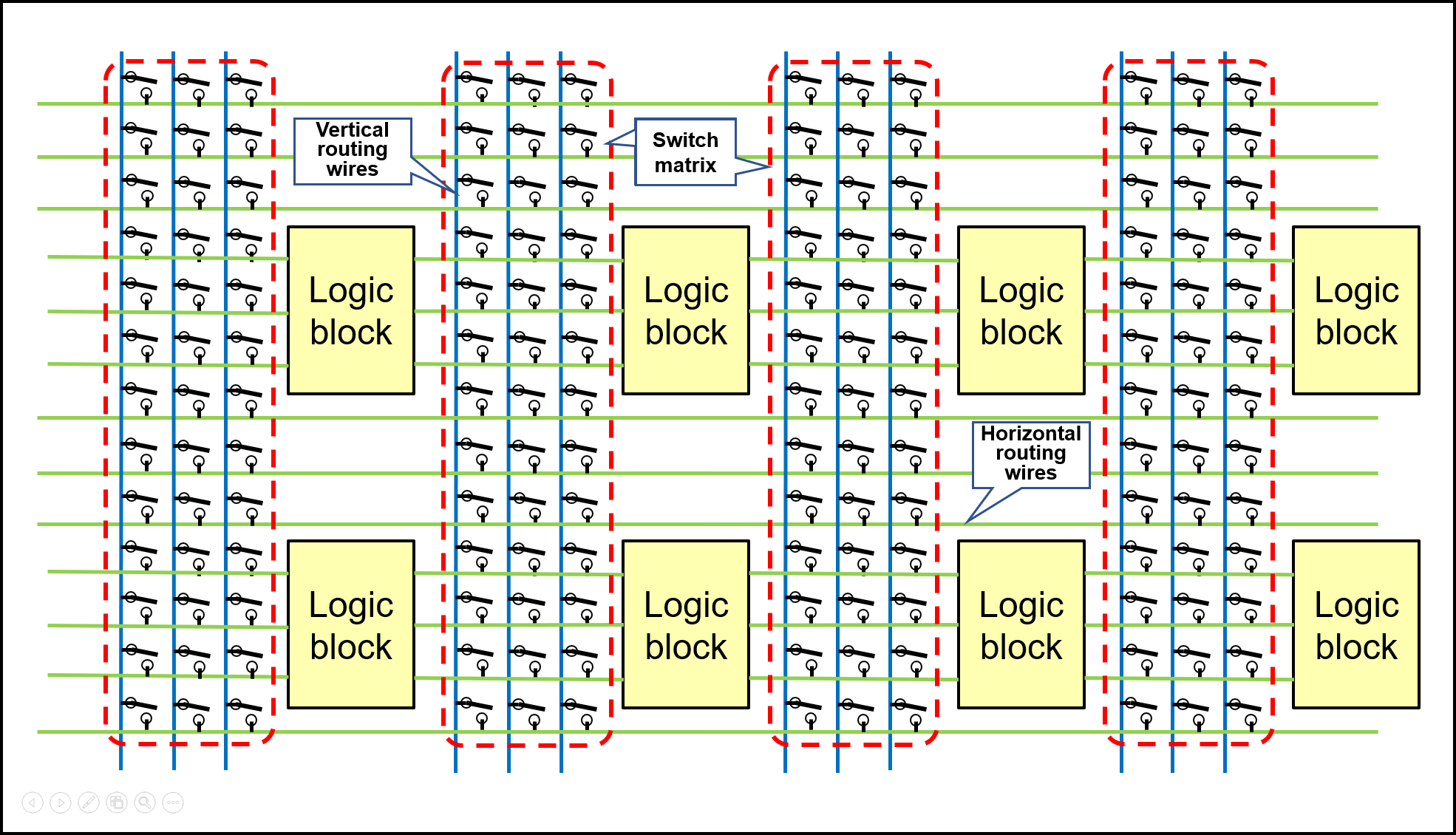 Each logic block consists of a LUT (Look-Up Table), D Flip-flop, MUX, etc. that can be programmed into any combinatory logic function (Figure 2, left). The LUT configuration sets the logical function of the LUT. MUX select chooses whether to use Flip-flops or not.

As can be seen from Figures 1 and 2, FPGAs use so many switches that the reliability and area they occupy are important factors in determining the performance of an FPGA device. There is the (A) SRAM method, (B) Flash Cell method, and (C) Antifuse method for switch on / off information storage (Figure 3) [2]. 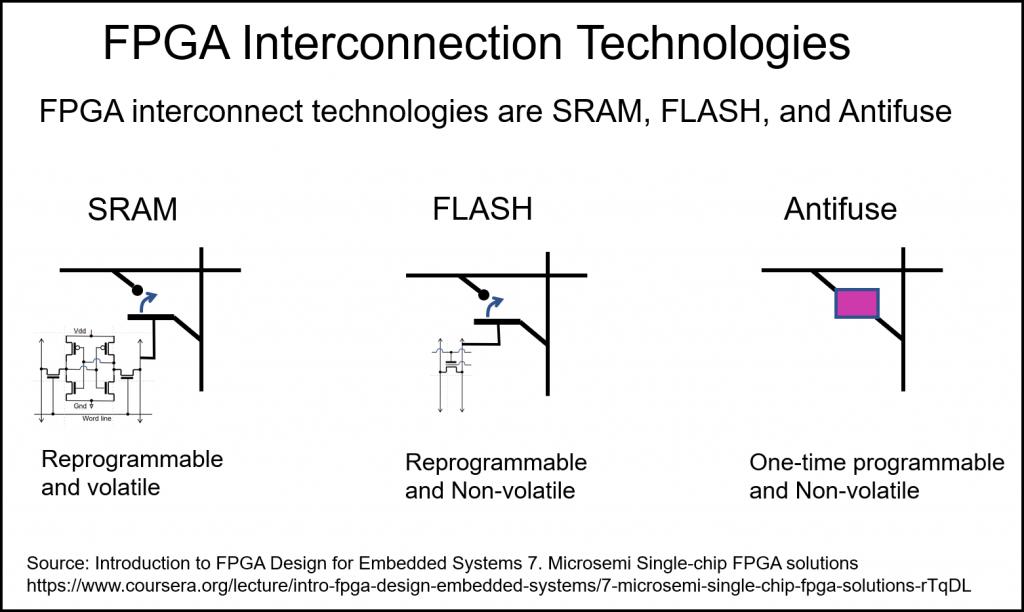 Linux runs in a configurable secure IoT system [5]. Comparing the power consumption required to obtain the CoreMark value of 6500, it is less than half that of the CPU cores used by competitors. The development tool is Libero SoC FPGA Design Flow, and the evaluation kit has been released. 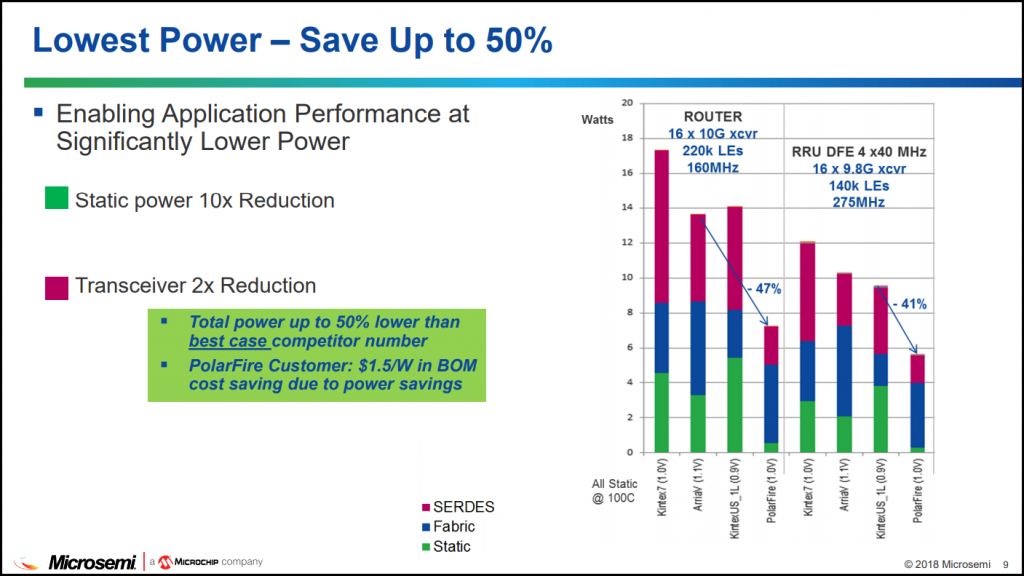 When radiation interacts with a semiconductor, electron-hole pairs are generated along the passage path (Figure 7) [8]. When this reaches the charge holding node of SRAM (Figure 3, left figure), SRAM information can be inverted. The amount of radiation increases as it goes up in the sky, and even more in outer space.

The wiring program method of Microsemi FPGA uses the Flash method (center of Figure 3) instead of the SRAM method. Since the amount of electric charge stored in the Flash cell is large, it seems that SEE is much less likely to occur. In other words, Microsemi FPGA has high radiation resistance.

I think that Microsemi FPGAs have a solid track record in the aerospace military market, but the market size is limited. Taking advantage of the high reliability we have cultivated was probably a strategy to expand the customers to vision solutions for in-vehicle medical care and robots.

NanoBridge is a technology that controls the precipitation and dissolution of metal atoms in a solid electrolyte by an applied voltage, and creates and eliminates nanometer-sized metal bridges between LSI wiring to create a switch on / off state.

On the other hand, when a negative voltage is applied to the copper electrode side, the copper atoms forming the crosslinks are recovered on the copper electrode side and transition to a high resistance state. NanoBridge can be rewritten repeatedly and does not require power to maintain the on / off state (nonvolatile). The life of the number of rewrites is about 1,000, which is considered to be sufficient for FPGA wiring program applications. It also has high radiation resistance.

They reported that in (1) soft error evaluation circuit, (2) image compression processing of data captured by HD CMOS sensor, and (3) partial rewriting of NV-FPGA, not a single error has occurred in any item for about one year.

Currently, FPGAs are not supplied domestically within Japan. Mr. Sakamoto hopes to realize domestic production and contribute to the Japanese space industry. Using this demonstration as a foothold, he would like to advance into fields that require high reliability, such as automobiles and medical care, and also want to focus on expanding into consumer products [14].

As mentioned by the speaker, the author felt two major issues: (1) enhancement of NB-FPGA design tools, and (2) establishment of cost-competitive manufacturing.

Regarding (1), an NB-FPGA design tool comparable to the Xilinx Vivado and Intel Quartus design tools will be required for general users to use. Regarding (2), he is investigating how to make cost-competitive manufacturing in Japan without a semiconductor manufacturing factory that can manufacture 28nm generation substrates. Although it is a difficult task, I would like to see the NB-FPGA, which has excellent characteristics, be widely commercialized.

Takashi Someda, CBO at HACARUS, will make an appearance at ILS 2021, one of the…

Ryuji Masui, Data Scientist at HACARUS, will give a lecture in a webinar titled "Using…

On December 17, 2020, HACARUS' data scientists gave a special lecture to master's students at…