The moment I realized Kayak and running startup are similar 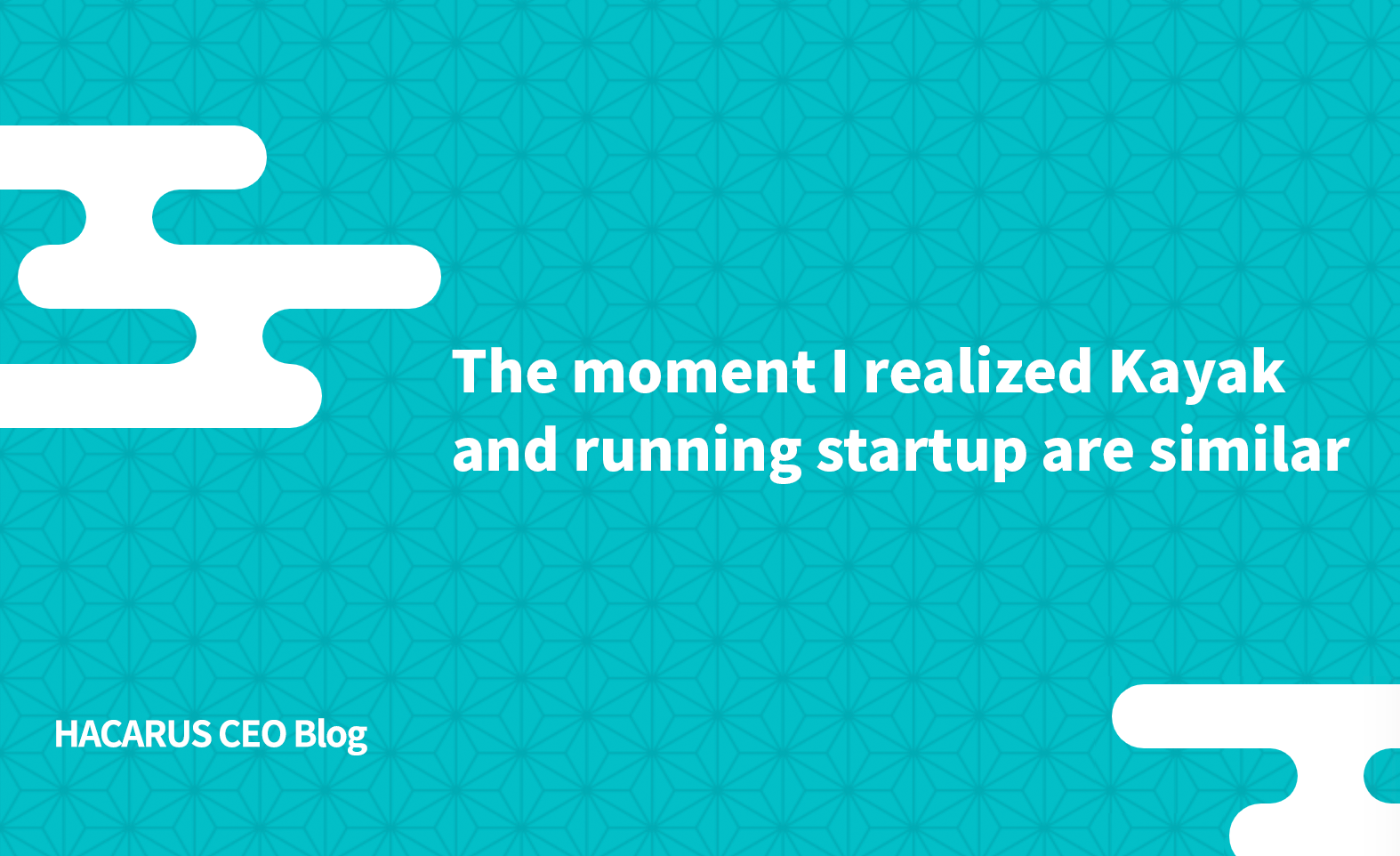 I recently celebrated my 46th birthday a while ago.

As a birthday gift, my wife gave me a kayak.
I had been saying for a long time that I wanted one. Although I’m the one who decided on the manufacturer and model of the kayak, it’s important to take the form of a gift on this type of occasion.

Do something, not for yourself, but someone else.
Even if the gift is something that you already know, it still feels nice when the gift is given to you and someone says “happy birthday” to you.

Since I lived in Shiga from the time I was born until I moved to the U.S. at 18, Lake Biwa, which is the largest lake in Japan, is like air to me.
It’s like a mother (in fact, it’s often referred to as Mother Lake Biwa). Or, it’s something that you forget even exists.

The lake was so close that I was not interested in activities like kayaking at all back then.
Instead, I was wondering what was happening on the other side of the ocean and what America looked like.
It was the moment I was only interested in such things.

I entered Lake Biwa almost for the first time at my age, paddled a kayak with my own hands, and realized something.

Kayaking and running startup are similar.

What does that mean?

When you travel by car, bus, or train, there are always roads and rails.
You are tracing a place that someone has built or constructed.
Of course, there is off-roading, where you go outside roads, but even then, there are limits to where you can go.

As far as you can see, there is nothing.
You decide whether you want to go forward, backward, change direction, stop, and so on.
You will realize that there is nothing that looks like a road.

There is a type of kayaking where you go along with the current of the river called rafting, but sea kayaking is almost like an open world in a video game.

I often hear that marathon runners also run like this, but I feel that kayaking is more like running a company, in terms of the freedom that you can go anywhere in 360 degrees.

I don’t have a vessel that has an engine, like a cruiser boat. However, now I can understand a little bit how people feel when they go out to sea using such a boat.

One day, I would like to try carrying the minimum camping gear in a kayak and staying overnight on an island. To me, this presents the environment of a startup if I were to exaggerate a bit.

Heading toward a destination with limited resources and team members, and moving on to the next destination once you reached the goal. Plus, there is nothing like a road ahead of you.
It’s undeniably similar to the startup environment.

Maybe in the future, it would be interesting to put the entire management team on kayaks and have a management meeting on the sea.
I’m sure we would never be able to come to any agreement, but I think we can realize that we are in an open-world video game at least.

Sometimes I am asked, "What do you think is the most difficult thing to do…

Vertically or horizontally divided, everything is about balance

Recently, we announced a change in the company structure to all members of HACARUS. The…

The CEO I can’t stop admiring

Everyone has someone they admire. If you are a baseball boy, you may look up…