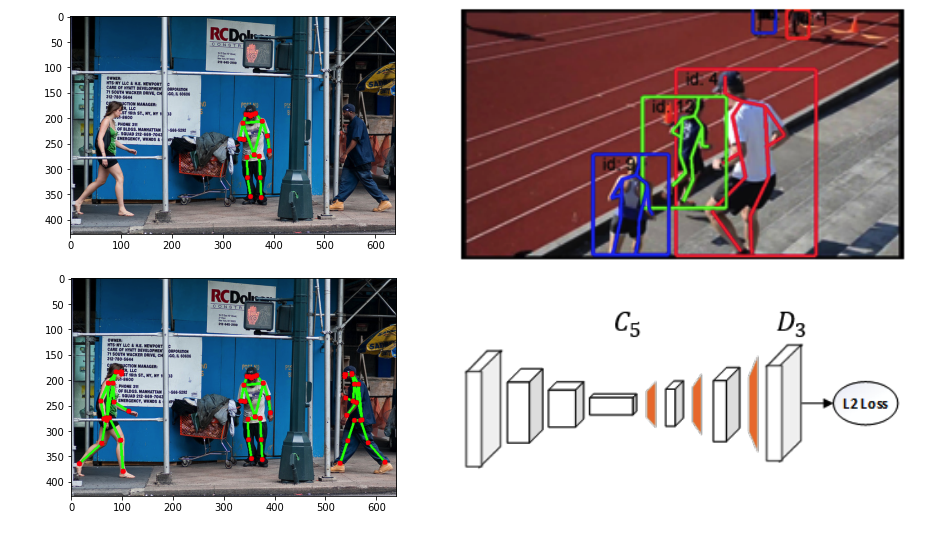 Today’s blog will be delivered by Yoshinobu Ogura, Data Scientist at HACARUS.

Hello, my name is Yoshinobu Ogura, and I am a HACARUS Data Scientist. In this article, I will be using deep learning to estimate human skeletal structure – known as “Human Pose Estimation”. 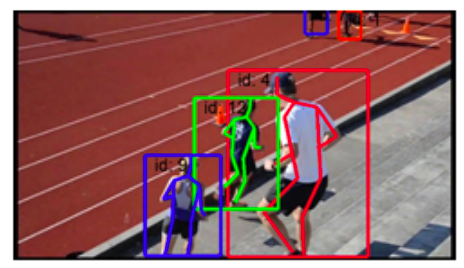 Google Colaboratory was used as the execution environment. The following environment was assigned:

Researching and choosing the baseline model

Human pose estimation is a task that has been around for a long time, but all of the state of the art methods are based on deep learning. Human Pose Estimation can largely be divided into the following 2 methods:

An individual’s key features are the areas that are important for estimating posture, such as the eyes and joints. Key feature detection creates a heat map for each type of key feature (e.g., shoulders or knees). This alone is a very similar task to human part segmentation which we covered in the hyperlinked blog in the past.

The model proposed in “Simple baselines for Human Pose Estimation and Tracking” is based on a top-down approach. First, I used faster-RCNN to estimate the bounding box, which represents an individual’s domain, and then the network proposed by the authors were used for key feature inference.

The network proposed by the authors is a simple one; ResNet (C5) with a deconvolution layer (D3) added at the end. The authors haven’t given this model a particular name, but simply for explanation purposes, let’s call it C5-D3 in this article. 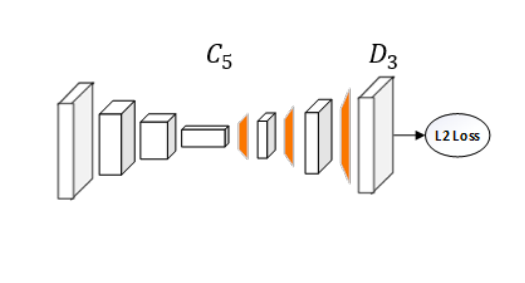 C5-D3 takes a human image as input data, and outputs a heat map of where key features are likely to be. In addition, the heatmap image, which is the training data of C5-D3, is a gaussian function – that is key feature centered . After creating a heatmap for each key feature in C5-D3, the point with the maximum pixel value in the heat map is consequently the predicted key feature point.

An implementation of this paper can be found on Github and you can download the pre-trained model. In this article, validation is performed using the COCO Dataset. In order to evaluate the only the key feature detection, the human image was cut out based on the COCO Dataset annotation.

Also, to perform a quick evaluation, I made a sample program on Google Colaboratory  which you can try here. Please check it out if you are interested!

Below are the experiment results. Predictions were performed for each individual. 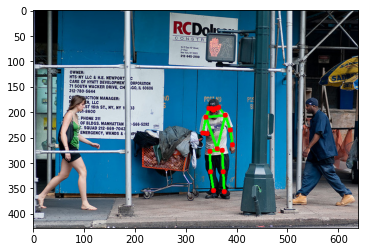 Below is an image where all individuals are shown, 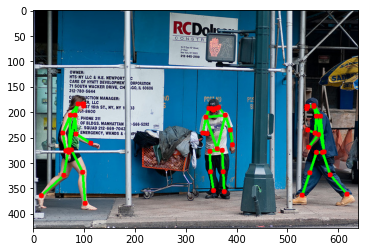 The head, shoulders, elbows, knees, and toes are accurately estimated, regardless of the orientation or angle of the body.

In the code used in this case, inference was performed on two mini-batches consisting of 200 images and 100 images. The execution time was 3.856s and 0.611s, respectively. This means that the speed we confirmed was 6-20 ms per image, which is about 50-170 fps.  The variation in speed was probably due to the number of people in the images.

Human Pose Estimation has many applications, including correcting baseball swings, automated dance reviews and avatar filming for Vtubers. Please feel free to contact HACARUS if you have any inquiries concerning this technology.

From Studying Biology to the World of Data Science: Growing with My Team under Horizontal Management [An Employee Interview]

Hello everyone, this is Tomomi Kikumoto from the HR department at HACARUS. In today’s article,…