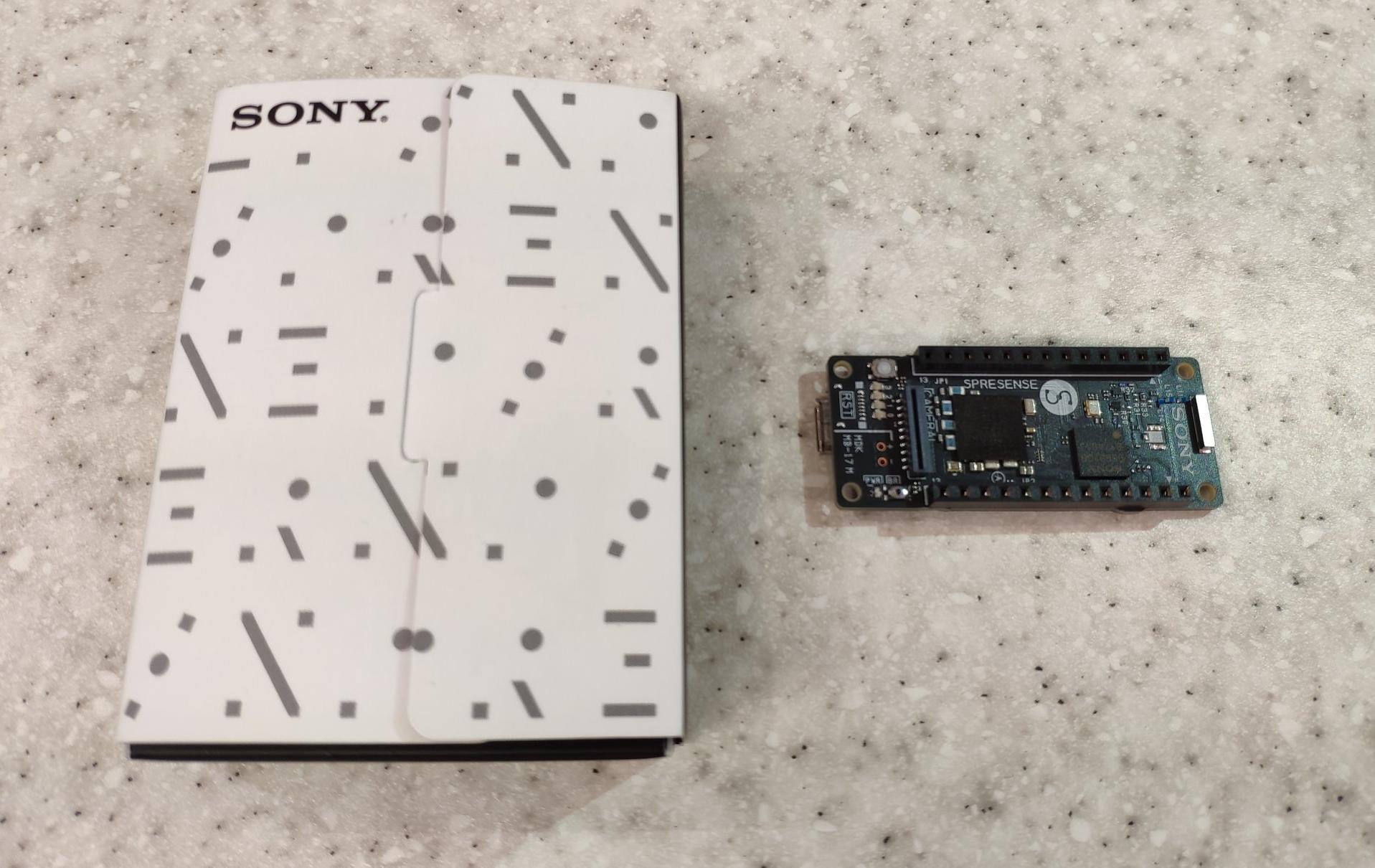 I’m an Edge Engineer intern who has been working at Hacarus for quite some time now.

SPRESENSE is an Arduino-compatible edge device loaded with a high-performance CPU. Using the SPRESENSE, I wanted to test its capabilities for edge machine learning, which is often difficult to achieve due to the low computing power of edge devices.

In recent years, the inference device accelerator on Edge has become popular. However, I do not see much edge machine learning being conducted. Therefore, I decided to try Sparse modeling machine learning, Hacarus’s forte, on the SPRESENSE.

Along with being built in to the Xperia Ear Duo, it also seems to be using machine learning to recognize gestures like the swinging or oscillation of an object. That being said, I investigate the following two points:

Arduino can freely release compatible products as long as the license is developed with open source developed hardware. Also, Arduino IDE, which is an integrated development environment of Arduino, is also open source and can be used freely.

1.1 Setting up the Development Environment

One of Lasso’s algorithm implementations is known as ADMM (alternating direction method of multipliers) uses the algorithm shown in the image below. By optimizing the L1 norm, the weights of the resulting linear regression model will be sparse. All the code implemented this time is released on Hacarus’s Github. Please refer to the ADMM optimization that we created within the admm class in a file named lasso_train.h.

You can do the following simple matrix operations. 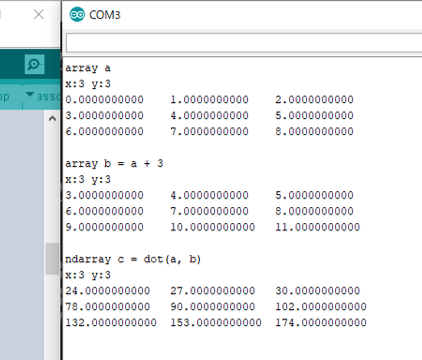 We used a data set of house prices in Boston. The data below numbered 1 to 13, is used by the machine learning model to predict relationship with 14 · MEDV.

3.3 Results of the Machine Learning

After data is input and machine learning is conducted, the sparse vector learned by serial communication is sent back to the PC and displayed. The result is the image below. From the displayed vectors, you can see that the learned vector is sparse.

14: MEDV (median price of house) has a positive weight of 6: RM (number of rooms per house), 13: LSTAT (population of people with low status) and 11: PTRATIO (number of students per teacher) The result is a negative weight. These results were produced in a mere 0.16 seconds, so it is clear that the sparse modeling machine learning method is extremely fast. 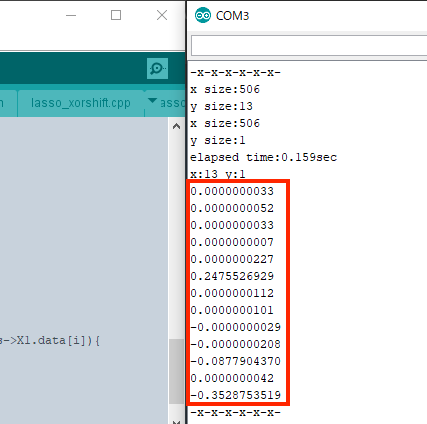 Fused Lasso can suppress the change between adjacent elements by setting penalty terms using the difference between the adjacent elements. The implementation code can be found by looking at the fused_lasso class, but the original admm can be implemented by slightly extending it. There is an example in the open source library spm-image maintained by Hacarus about the extension method of generalized Lasso, and there is also a presentation by Sparse Modeling Evangelist Masui – if you are keen to learn more, I recommend checking it out.

Here, we have prepared a task to put noise on a simple square wave and remove noise from it.

4.2. Results of the Machine Learning

The training results are displayed in matplotlib as shown below. A noise sample was placed on a 100-dimensional stepped rectangular wave vector (blue) (orange) and de-noised (green) with Fused Lasso. 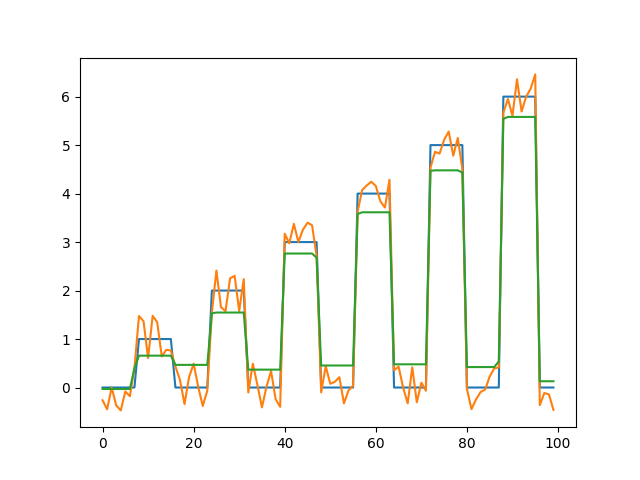 In conclusion, I implemented Lasso and its derivative Fused Lasso on the SPRESENSE to test its compatibility. Results indicate that SPRESENSE is able to operate at a high speed despite low power consumption, and it is clear that it is possible for embedded devices to sufficiently execute linear regression models using the techniques described.

As SPRESENSE is compatible with Arduino, it was easy to pick-up and get started – and the program could be written without needing to learn a new environment.

While I did not use Arduino IDE this time, the built-in GPS and DAC capabilities and the possibility to connect camera and/or Wi-fi to the device makes me keen on exploring further projects with the SPRESENSE in the future.