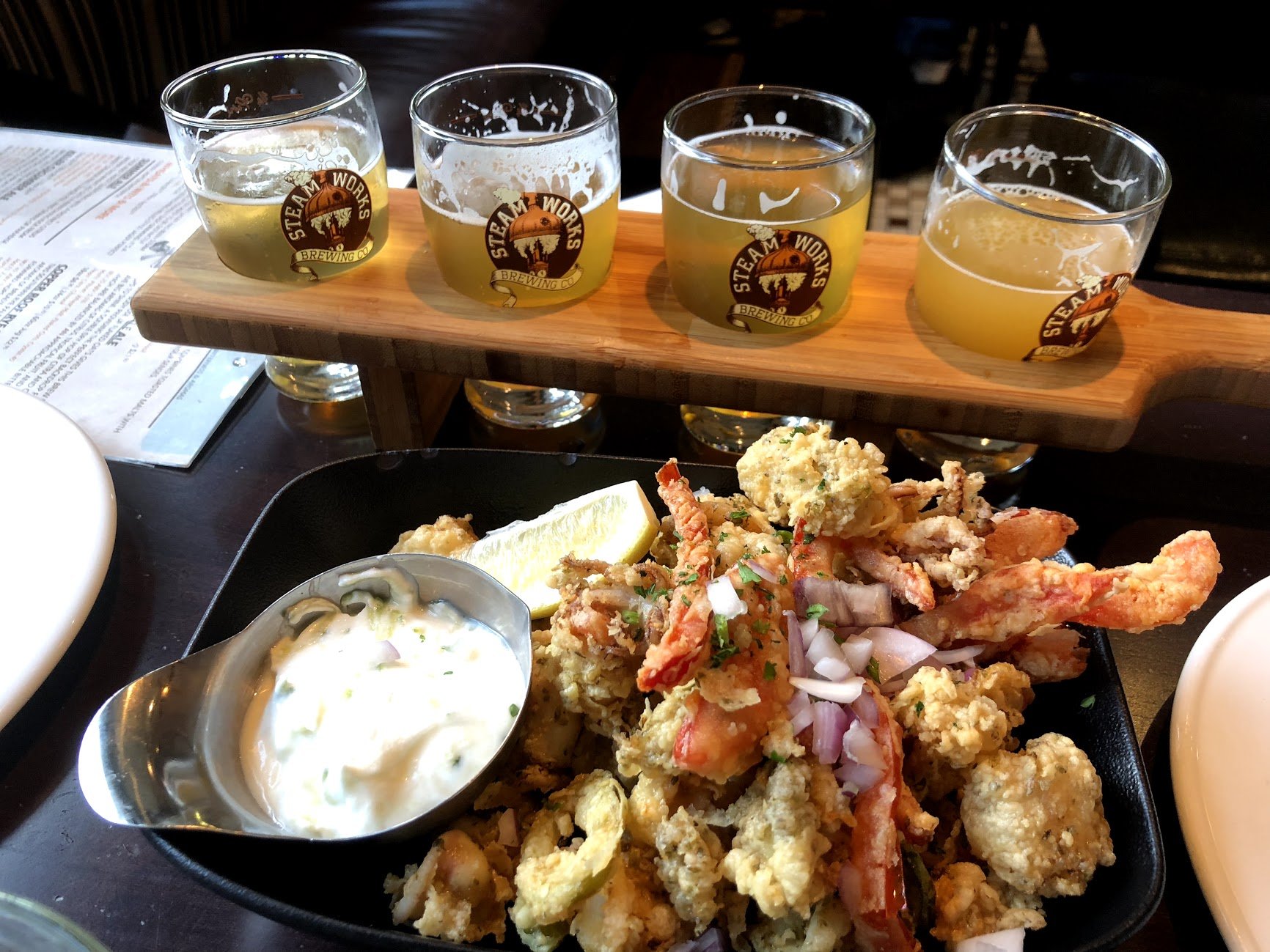 As a CEO of AI startup, I always wanted to see what the AI ecosystem in Canada looks like so I did it. This is a quick report of my business trip to Montreal, Toronto, Vancouver, and here is the reason why first two cities are winning the AI race while other cities are yet to catch up, at least from my point of view.

First off,  I’m a complete stranger in Canada. My observation might be inaccurate and biased. Howmever, I tried to rely on non-biased statistical data given by the local authorities and real facts as much as possible when writing this report. 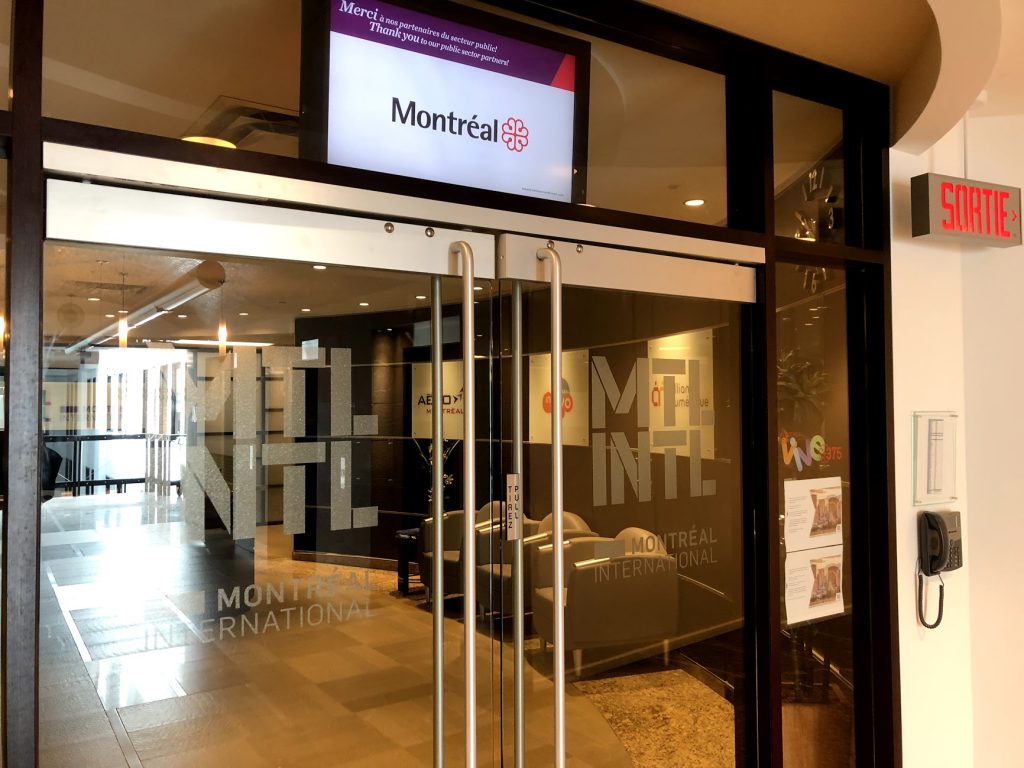 The first place I visited is Montreal International. Their mission is to attract foreign direct investments and connect them to the local ecosystem. Samuel Berthiaume, Project Manager of Europe and Asia, gave me a presentation about the AI ecosystem in Montreal as well as the reasons why AI giants are setting up their office in this city. 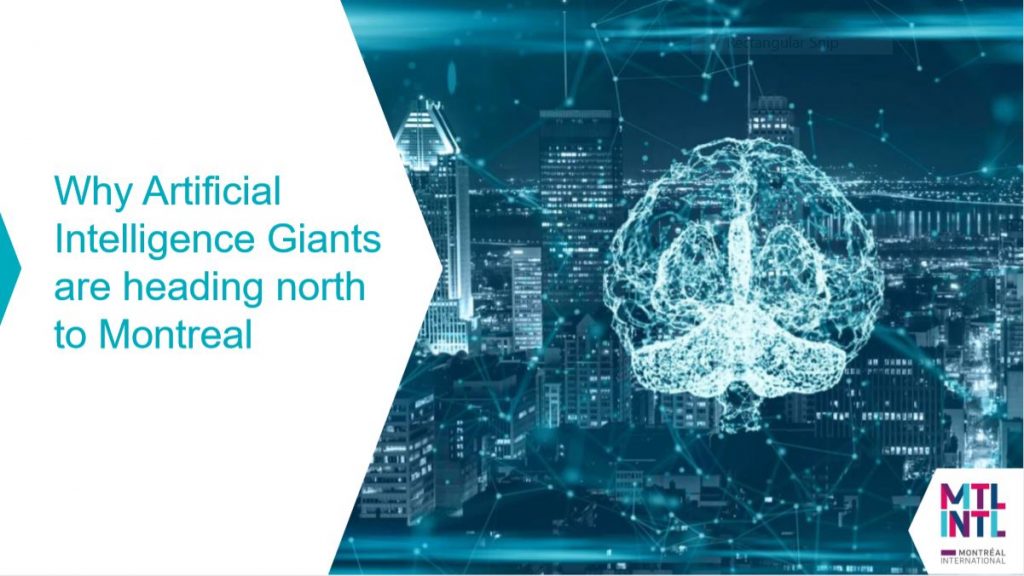 A slide from Montreal International presentation

Amongst the many reasons, a presence of Yoshua Bengio is definitely the number one reason to not only AI companies coming to the city but also international students and researchers willing to work at his lab. For those who don’t know who Yoshua Bengio is, he is a full-time professor at University of Montreal, a co-founder of Element AI, a head of the Montreal Institute for Learning Algorithms (MILA), and a godfather of artificial neural networks and deep learning. 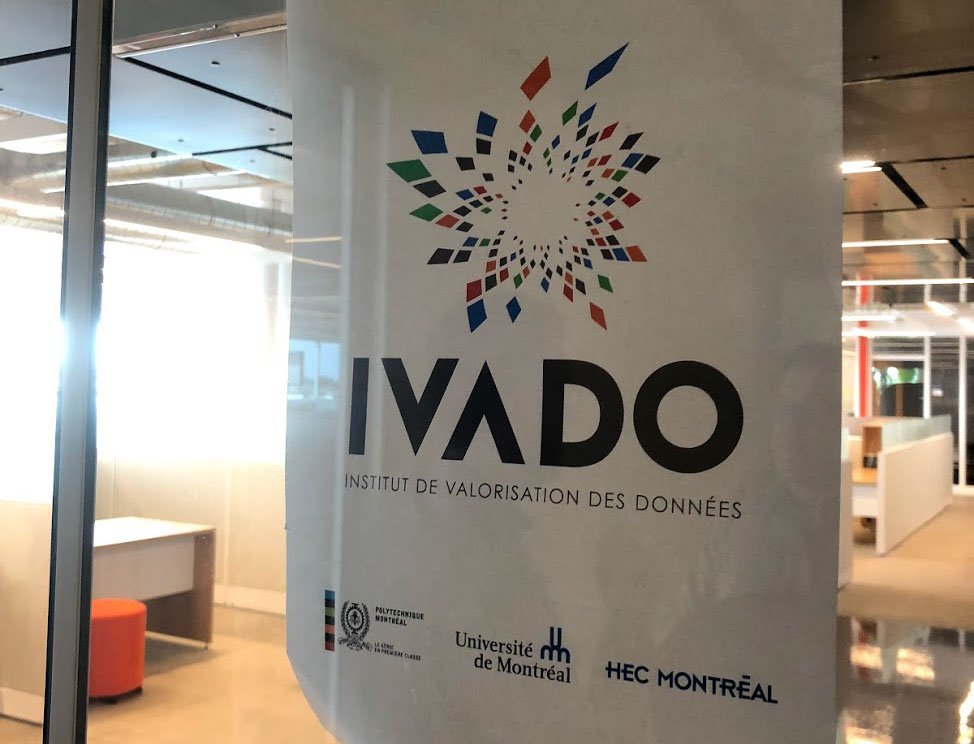 Entrance of IVADO at its new office location

Next up is IVADO, which is often refereed as an umbrella for all Montreal based AI institutions and research centers including MILA. Actually, I was trying to set up an appointment with MILA, but I was told to visit IVADO first since MILA gets so many visit requests these days.

Caroline Pernelle, Director of Partnership, walked me through an overall picture of what IVADO does and how I (or Hacarus) can work with them. From her presentation, I learnt that IVADO also provide funds to fundamental AI research projects. I thought it’s quite interesting and unique because I’ve seen no such research center in Japan that hosts a large number of AI scientists and does funding at the same time. Again, Yoshua Bengio is a member of IVADO, indicating how deeply he is integrated into the ecosystem. 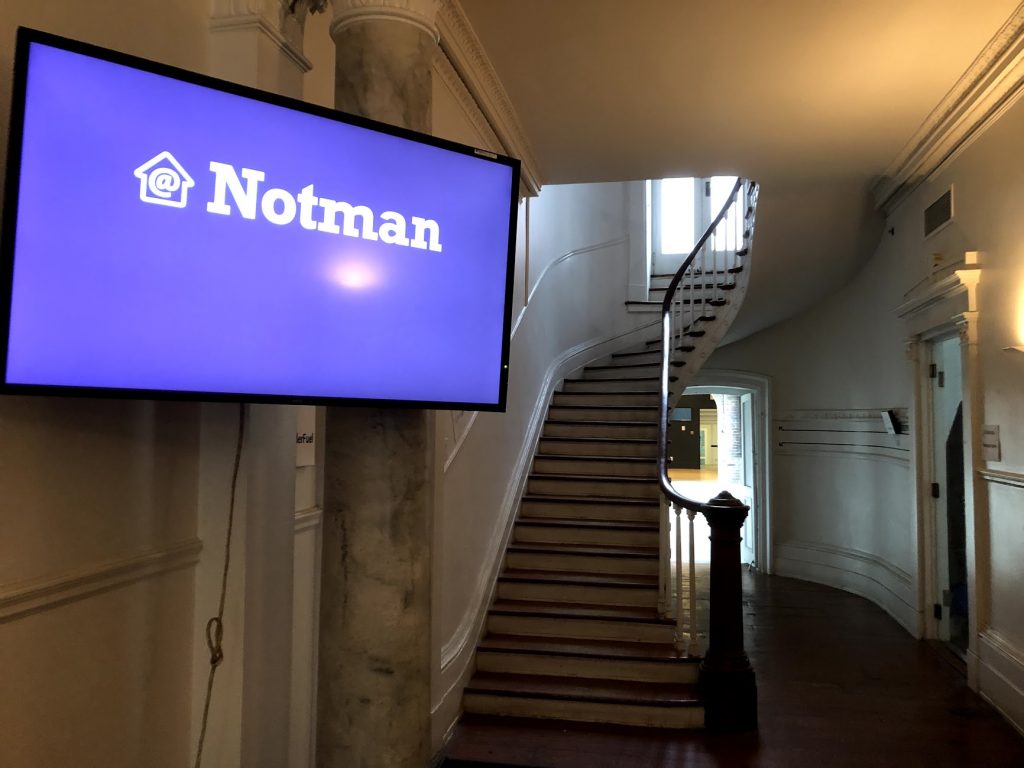 Notman House is the oldest commercial building remaining in the area

Next day I stopped by Notman House, named after the celebrated photographer William Notman. Notman is a technology hub that provides office, event, and communal space for startups, investors, technology partners, and community groups. Brittany Flamank, Community Manager at Notman, gave me a tour of the space. While doing the tour, I noticed that people from Real Ventures, a Montreal/Toronto based VC, was having a meeting in the open terrace located at the center of building. In Japan, I rarely see that happening since Japanese VCs tend to talk in a closed environment where no one can hear what they say. 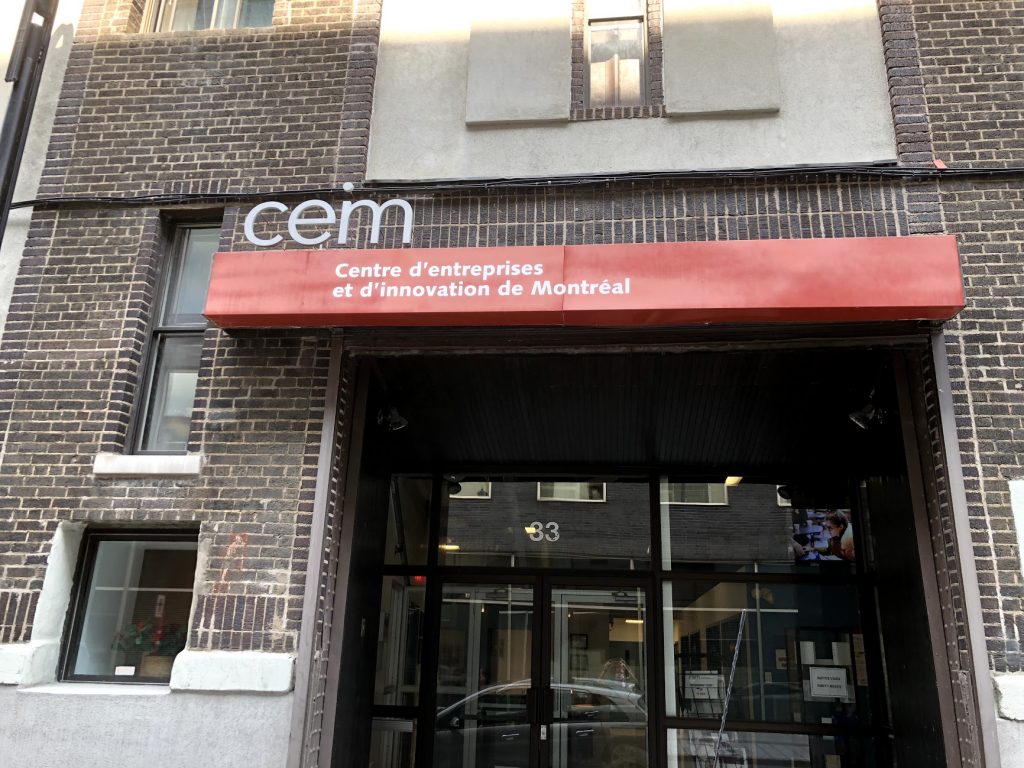 Some people may find it convenient since CEIM is located in Old Montreal and closer to downtown.

On the same day, I visited CEIM (Centre d’entreprises et d’innovation de Montréal) which also provides a similar service to Notman. The biggest difference between two is that CEIM has been in business for more than 20 years. Elsa Lebey, Communication Manager, and Serge Bourassa, President and Chief Operating Officer, gave me a tour of the space. While Notman’s atmosphere is slightly toward hipster, CEIM feels more established. 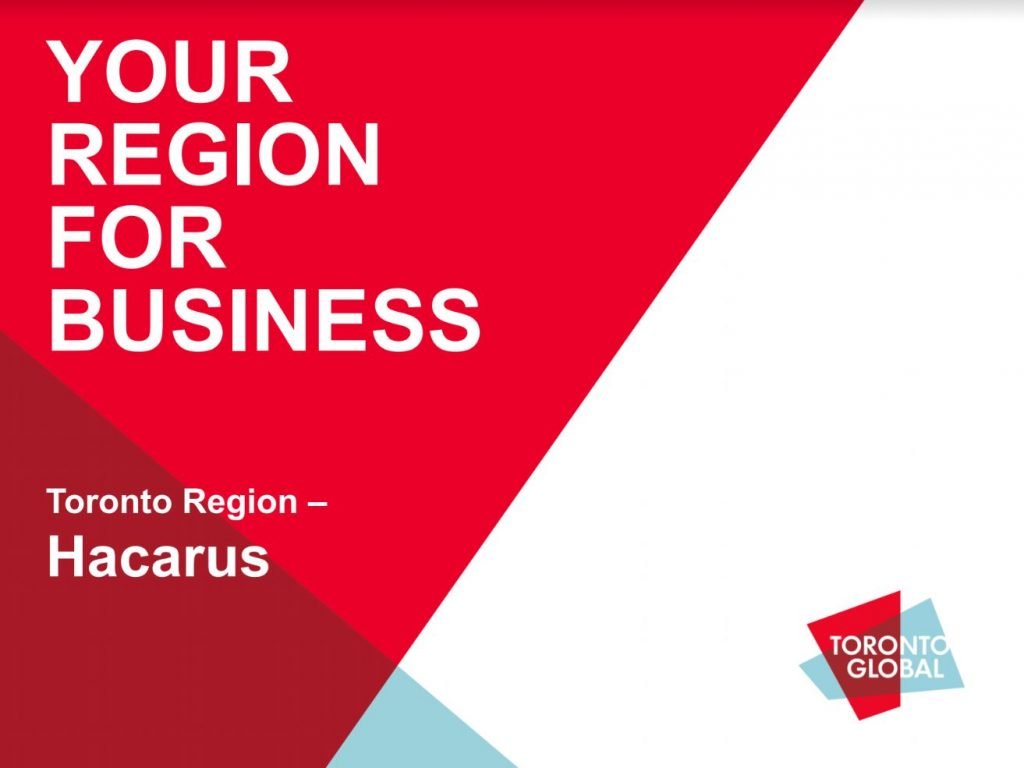 A slide from Toronto Global presentation

Then I flew to Toronto, and visited Toronto Global. Their mission is quite similar to what Montreal International does, which is to attract direct foreign investments and help international businesses expand into Toronto region. Special thanks to Johnny Tan, Manager of Investment Attraction, for preparing a dedicated presentation just for me. The presentation also covered a reason why Uber decided to open an office here in Toronto, and make a multi-million dollar commitment to Vector Institute. 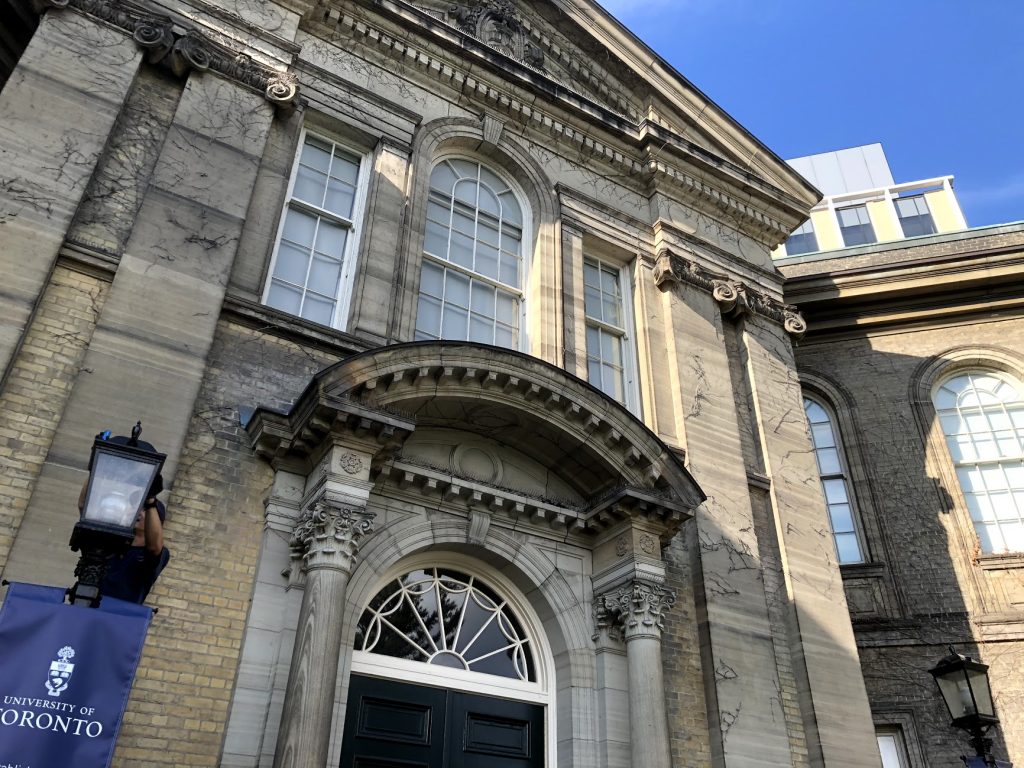 Next morning I stopped by University of Toronto, and had a meeting with the people from business development, international research partnership, and computer science department. UT hosts many important professors and researchers who are relevant to AI industry including Geoffrey Hinton. For who who don’t know Geoffrey Hinton, think of him as Toronto version of Yoshua Bengio. I learnt from the meeting that UT is definitely the strongest driving force of a whole AI ecosystem in this region, particularly in terms of attracting AI talents from all over the world. 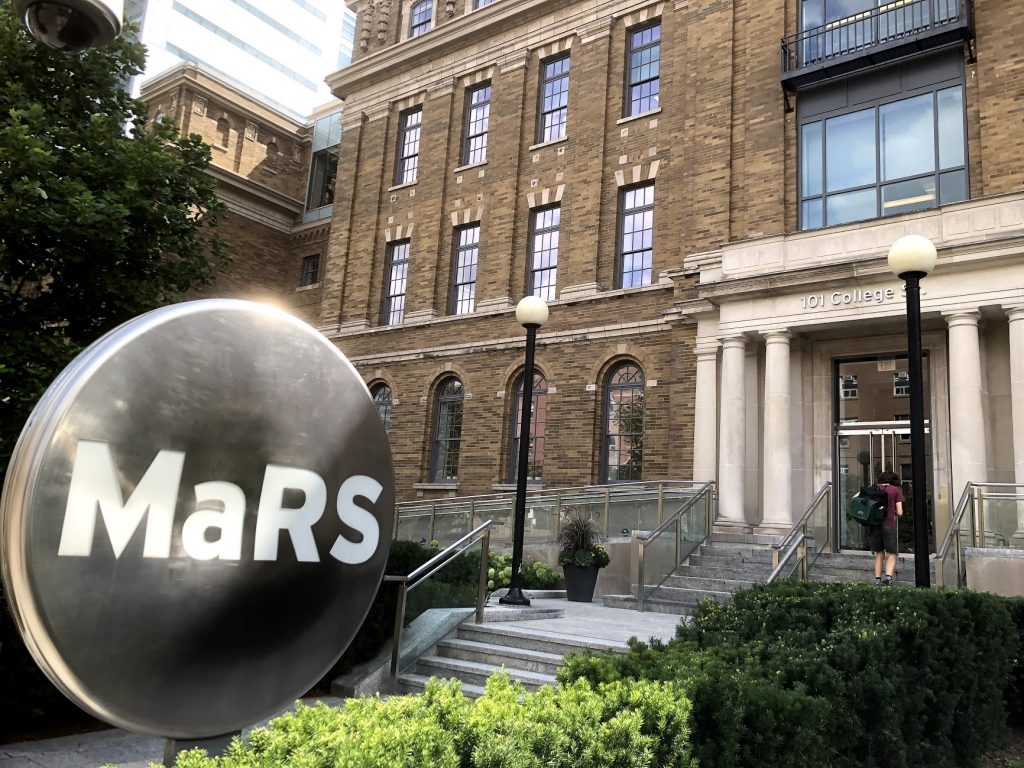 To be honest, I was having a bit difficulty making an appointment with Vector Institute. The reason is same as MILA. They get so many visit requests these days so they have to cherry-pick only serious people. Next place I visited is MaRS, where Vector Institute is located. Christianne Moretti, Director of Corporate Engagement, gave a tour of the entire MaRS Discovery District. It made total sense to me why they decided to convert this historic building into an incubator because there are 9 major hospitals including UT Medical School right next to each other and MaRS sits at the center of all. I think there is no better place than here if you want to do AI in medical field.

While I was there, I stopped by JLABS, which is also located in MaRS. JLABS is an incubator managed by Johnson & Johnson. I knew about this incubator because I visited one in Boston back in March this year. By working out of JLABS here in Toronto, you get all benefits from both J&J and MaRS. They make JLABS Toronto a special place.

I really liked Vancouver as a city where I would spend some time and live there when I get old. There are beautiful mountains, everything is in walking distance, and it’s close to Japan (4-5 hours closer by air flight as compared to Montreal and Toronto.) But it takes time for the city to build up all these elements that Montreal and Toronto have. Hence, I think Montreal and Toronto will keep winning the AI race.

During my business trip, I was informed by a couple of people that I should also take a look at Waterloo. Waterloo University is regarded as Canada’s MIT these days, and in fact many AI startups are born in Waterloo with the student from there. These startups eventually move to Montreal or Toronto as they get bigger.

Finally, my special thanks go to JETRO Toronto and the people working at the office. Without them, I will continue being a complete stranger and could not meet the people whom I’ve met this time. Also, I’d like to thank JETRO Kyoto for connecting me with the right people.

For AI talents in Canada: Are you interested in working at Japanese AI startup located in Kyoto? Are you big fan of Japanese anime, fancy tech stuff, and J-pop culture? Is living in Japan one of your dreams? Then, you are looking at the right place. Hacarus is recruiting international talents as described here.

Back on March 25th, we launched our new HACARUS Check visual inspection system. We also…

In collaboration with the Tokyo Institute of Technology, HACARUS will announce its Design of Experiment…